October was a pretty decent month for reading! I didn't read very much, but I really liked everything that I did get to read. How many more times can I say read?

When a month is full of so many good books, I basically HAVE to tell you all about them. So, here are four books with some short reviews for you and yours. These would all make great November reads too. 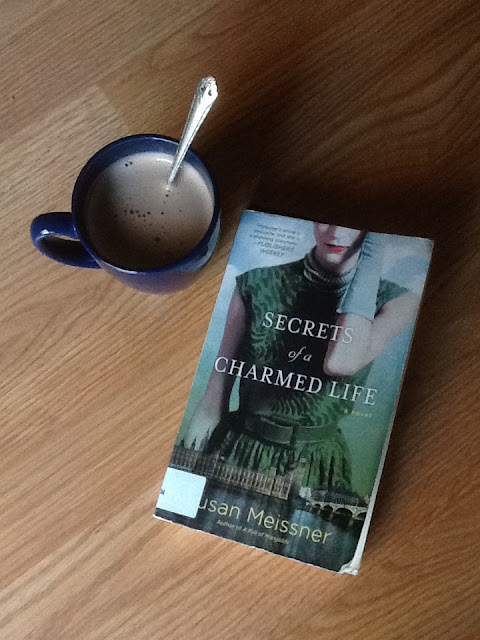 Secrets of a Charmed Life by Susan Meissner // This was a book club read. We all pretty much loved it. It's the story of two sisters and the lives that intersected with theirs during WWII in England. It's written in three distinct parts that work together to answer every single "and then what happened?" question you may have. I'd never read Meissner before, but you can be sure that you'll be hearing more about her from now on! Her writing is beautiful, clean, and it transports you to another time and place. There's a reason why everyone has been passing this book around. It's GOOOOD. 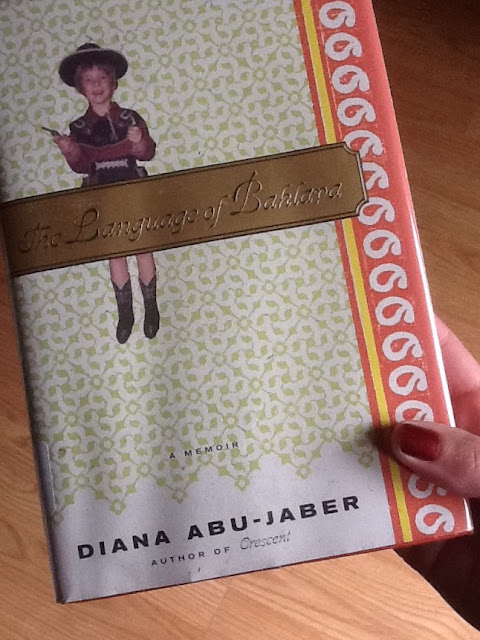 The Language of Baklava by Diana Abu-Jaber // Abu-Jaber is a Jordanian American and this is her memoir told through food and recipes. She writes about New York and New Jersey and Jordan and the memories each of those places hold for her and her family. The food is probably pretty foreign to the average American, but it is authentic and the recipes are TOTALLY doable. The beauty of Middle Eastern food is that it's mostly different combinations of the same 10 -15 ingredients. Once you develop a taste for it, there are very few things that you won't enjoy. I adored this book. As soon as I finished it, I recommended it to my aunt and my cousin and tried to get my Mom to read it too. Disclaimer: My Mom is in a bit of a reading slump and she could NOT get into it, so it's not for everyone. 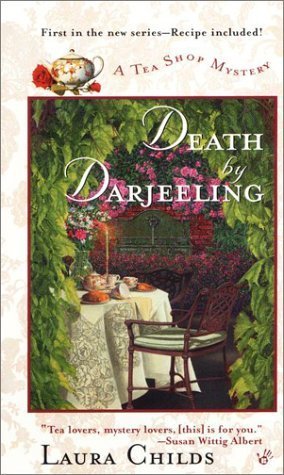 Death by Darjeeling by Laura Childs  // If you're looking for a cozy mystery, THIS is the series for you. I picked it up because of the cover, the number of books in the series on the library shelf, and Childs's note of thanks to Mary Higgins Clark in the front. I expected it to be set in England, but was pleasantly surprised to find that it took place in Charleston, SC (one of my favorite places). You'll get to know Theodosia Browning, the owner of a tea shop in Charleston, and the people that come into her life because of her role as businesswoman. Theo is young (I'm thinking like 32, if I remember correctly) and I kept having to remind myself that she was NOT an elderly woman. She has a dog named Earl Gray and a penchant for getting herself wrapped up murder investigations. I said it was a cozy mystery and it is. There are descriptions of teas (and the occasions on which each one is called for) and the baked goods that are sold in the shop. And...Theo's investigation tactics are not always plausible. BUT. I liked it so much that I immediately went to the library to check out the next one. 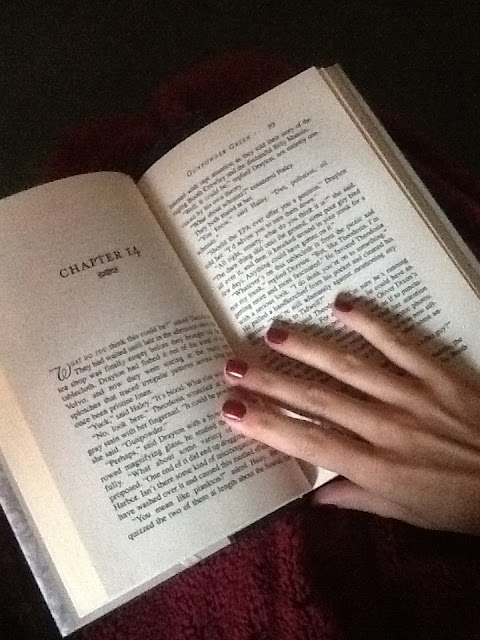 Gunpowder Green by Laura Childs  // This is the second installment in Childs's Tea Shop Mystery series. It contained everything that I raved about after reading the first one and even more. In this book, the groundwork had been laid and so the characters came to life a little bit more. The mystery is easier to focus on because you're not having to keep track of a cast of brand new people. In fact, I was able to solve this one on my own by about the midway point. I'll be reading more of this series in the months to come, for sure! Oh, and Childs includes recipes from the book at the very end of each one.

My book club is reading "The Swan House" by Elizabeth Musser this month. Join HERE.

What are you reading right now?

I love hearing from you! Please be sure to leave your e-mail so that I can reply. :)